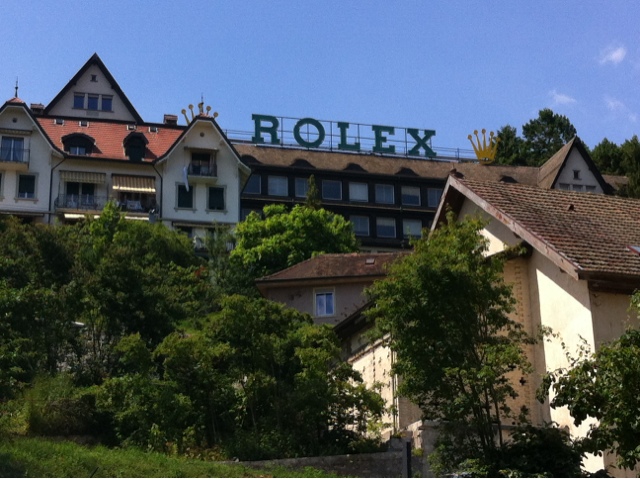 The towns and villages either side of the Jura mountain range were the centres of watch and clockmaking during the industrial boom period of the mid nineteenth century. Precision engineering. The swiss tourist board and lately Unesco heritage status recognise and glorify this.

The downside to this boom was the dire poverty experienced by the majority of those working in the industry, either in engineering workshops or as outsourced homeworkers. Unions and craft alliances developed to seek better working conditions and sensible wages. A situation similar to those experienced in the sweatshops of Bangladesh, Vietnam, China etc today. Company towns with workers paid twice a year (St George's and St Martin's Days). High interest credit to cover the interim.
St Imier became a centre for radical political thought. The watchmakers of the Jura with their anarchist common sense perspective challenged the dominance of Marx and Engels theoretical form of communism. The Jura Federation even had its own International conference to rival the communist International. The tourist office didn't have any information on this, but around St Imier itself there are information boards explaining the varied political tangles of the period. There was a memorial conference last year at Espace Noire, the anarchist social centre in the town.
Posted by Jonathan Swain at 14:18